This project is a renovation of a traditional Japanese house in Nara, Japan for a young couple and their children. The husband spent his childhood here and later his family lived in Tokyo, but in order to improve their work and lifestyle, they decided to renovate the vacant house and move in.

The house was built around 1930 and had been extended and remodeled several times, and there were no drawings or other documents available. When we removed the finishes to investigate, the history of the old renovations was revealed one after another in the floors, walls, and ceilings. The earthen floor had been renovated into a kitchen and dining room, "engawa" - a semi-outdoor deck - had been converted into an interior, the guest room had been enlarged, and the first story had been converted into a second story by removing the roof and building a nursery and closet. These are not only records of the renovation work, but also memories of heartwarming family life. So we designed the house to reveal various records and memories of the past, so that they can coexist with them and they can add new records of their lives.

The traditional entrance was repaired for guests and a new entrance was added for the family. The stairway was reused, the earth walls on either side were removed, and the kitchen, dining room, and Japanese-style room were reorganized into one large space. The guest room was converted to a small office, keeping the Showa-era interior. The old sanitary room was demolished and a wooden deck was installed on its foundation. Old columns, beams, and doors were repaired and reused, and newly added materials were used in their original colors without mimicking the old colors.

We hope that this house will continue to be loved and add to the memory of the town and the family. 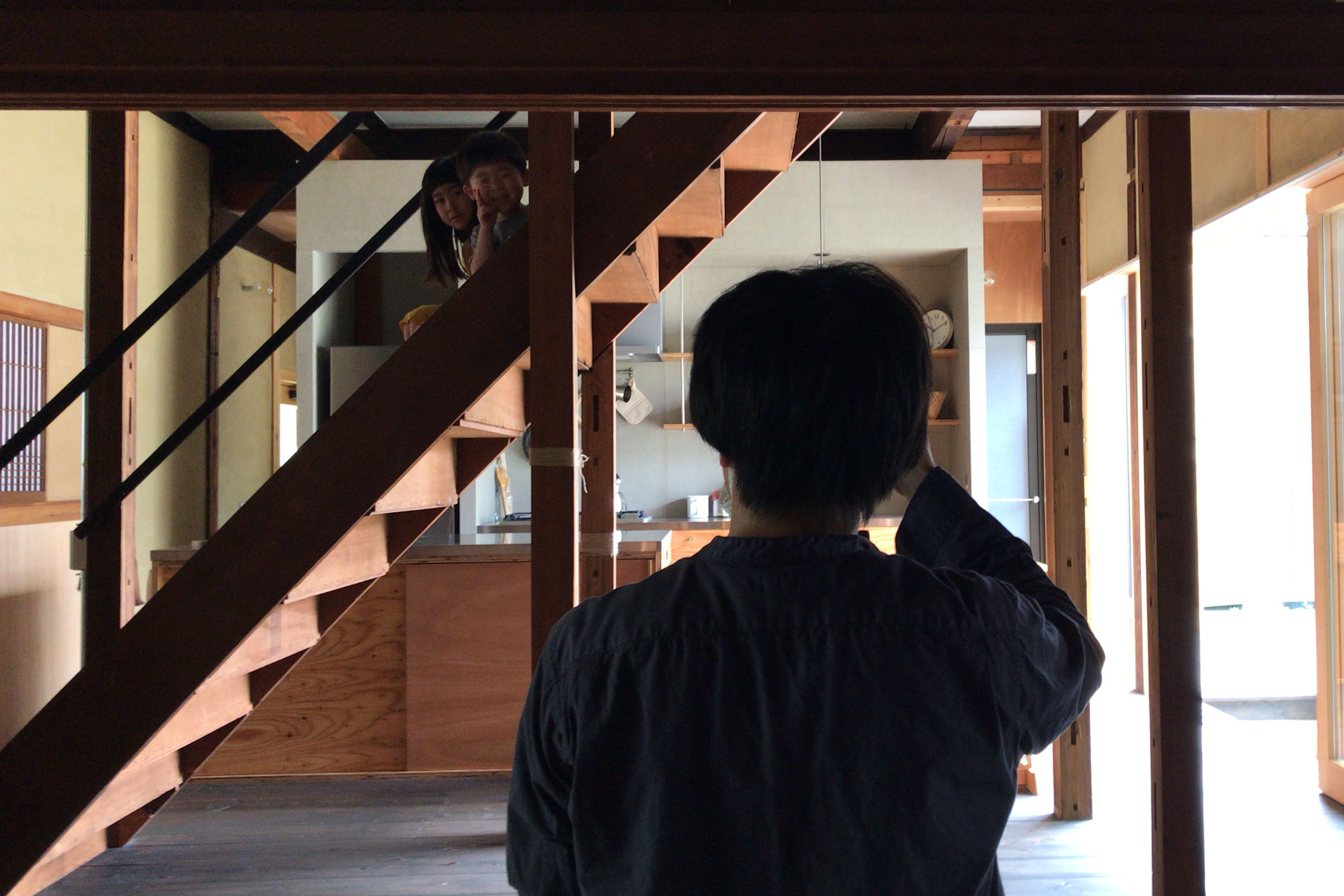 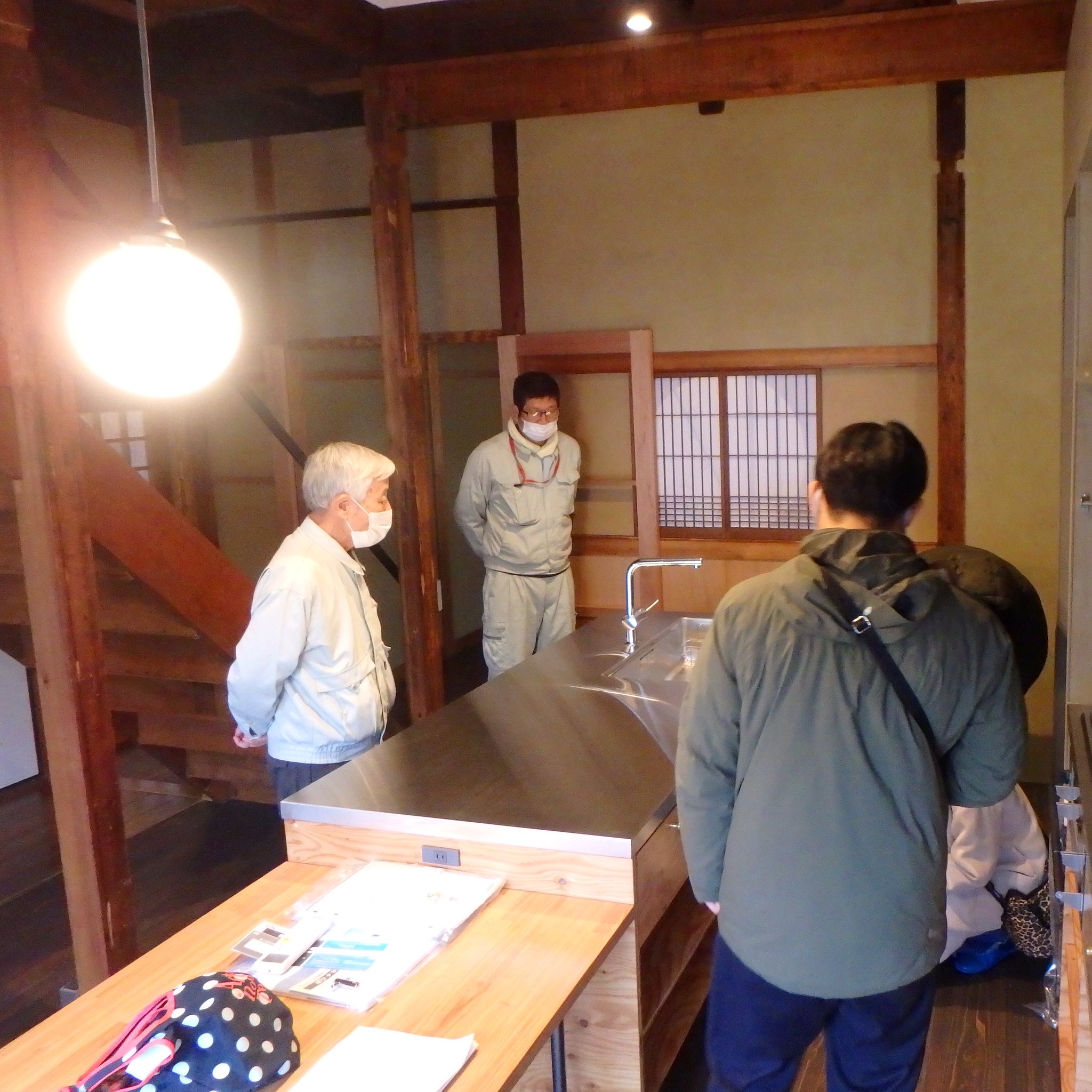 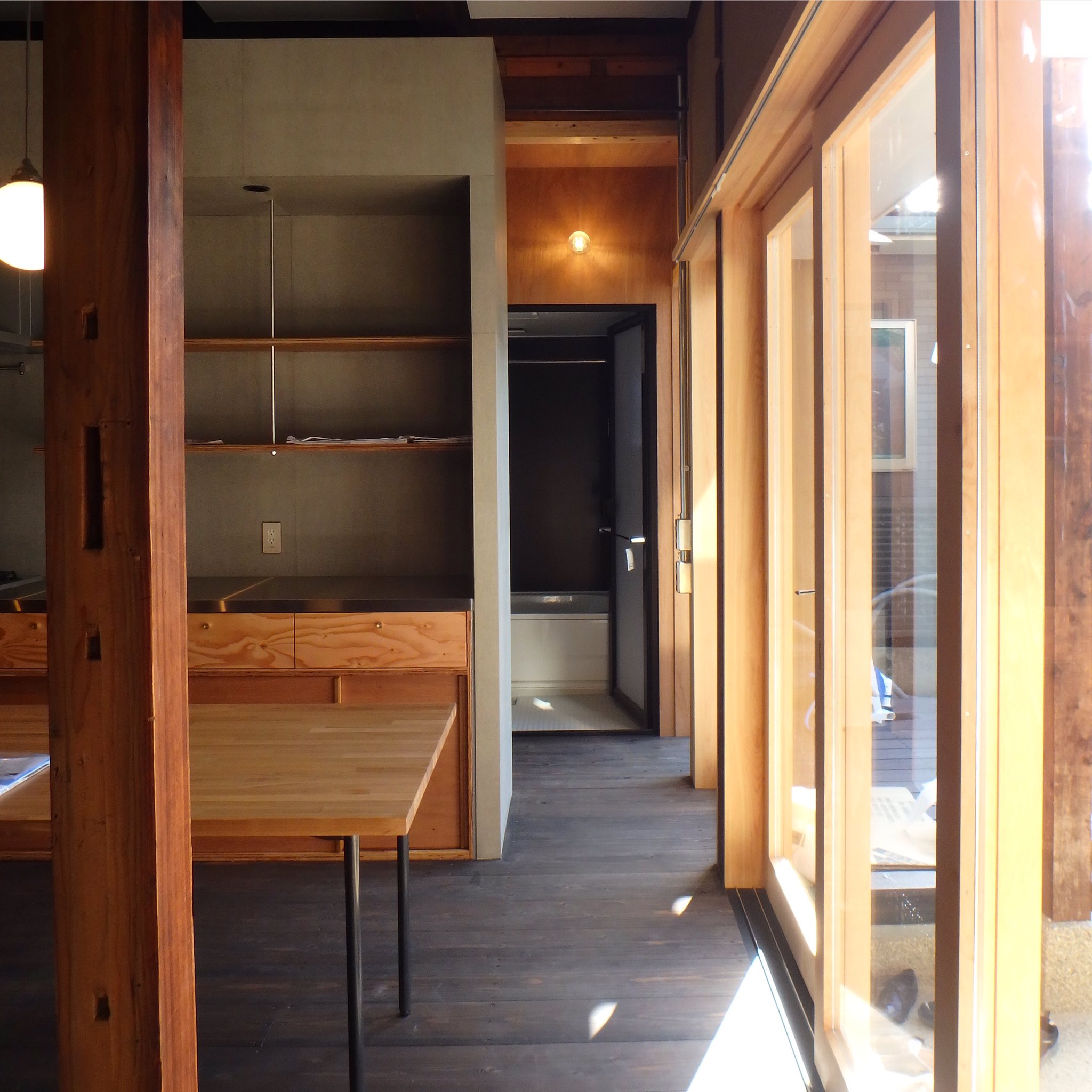 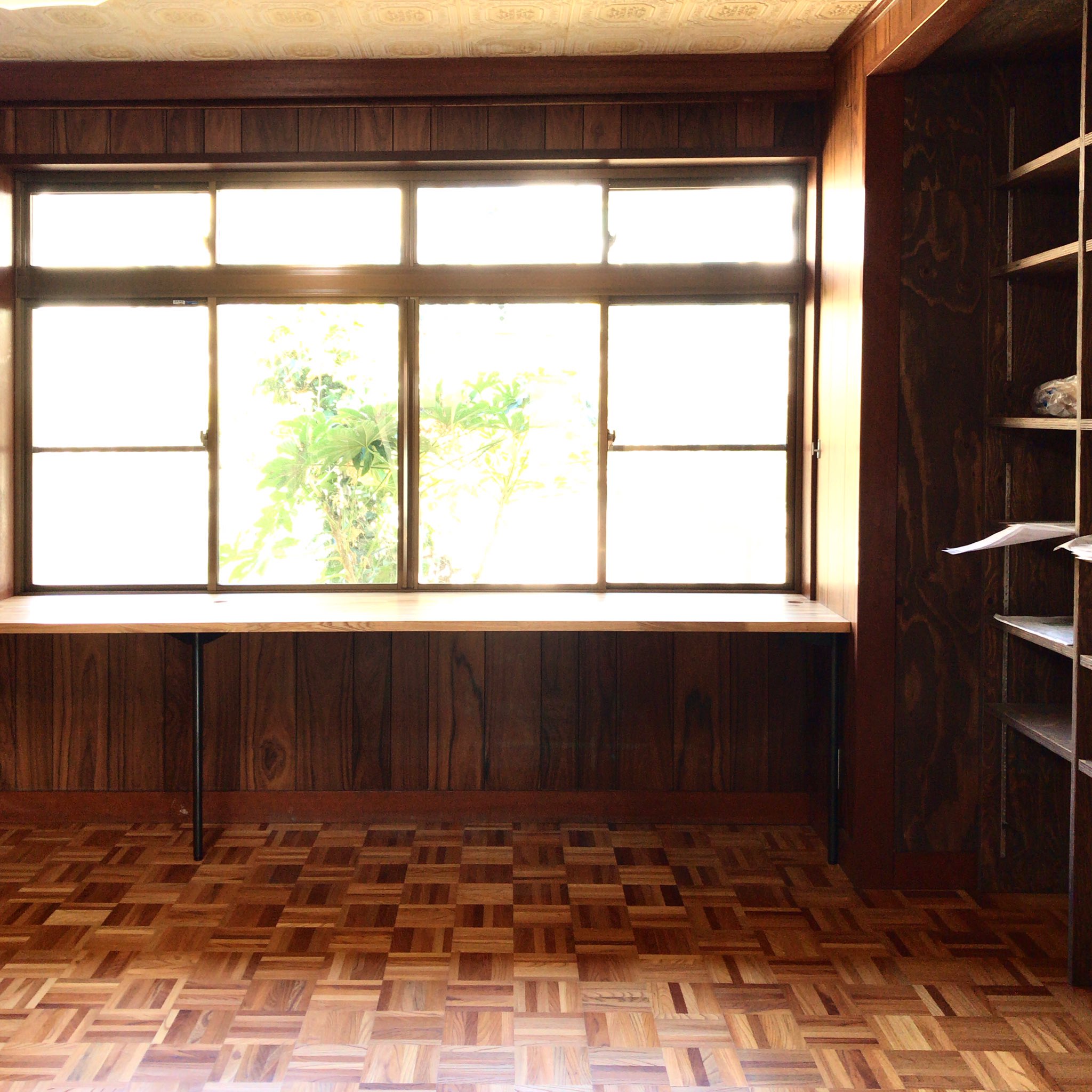 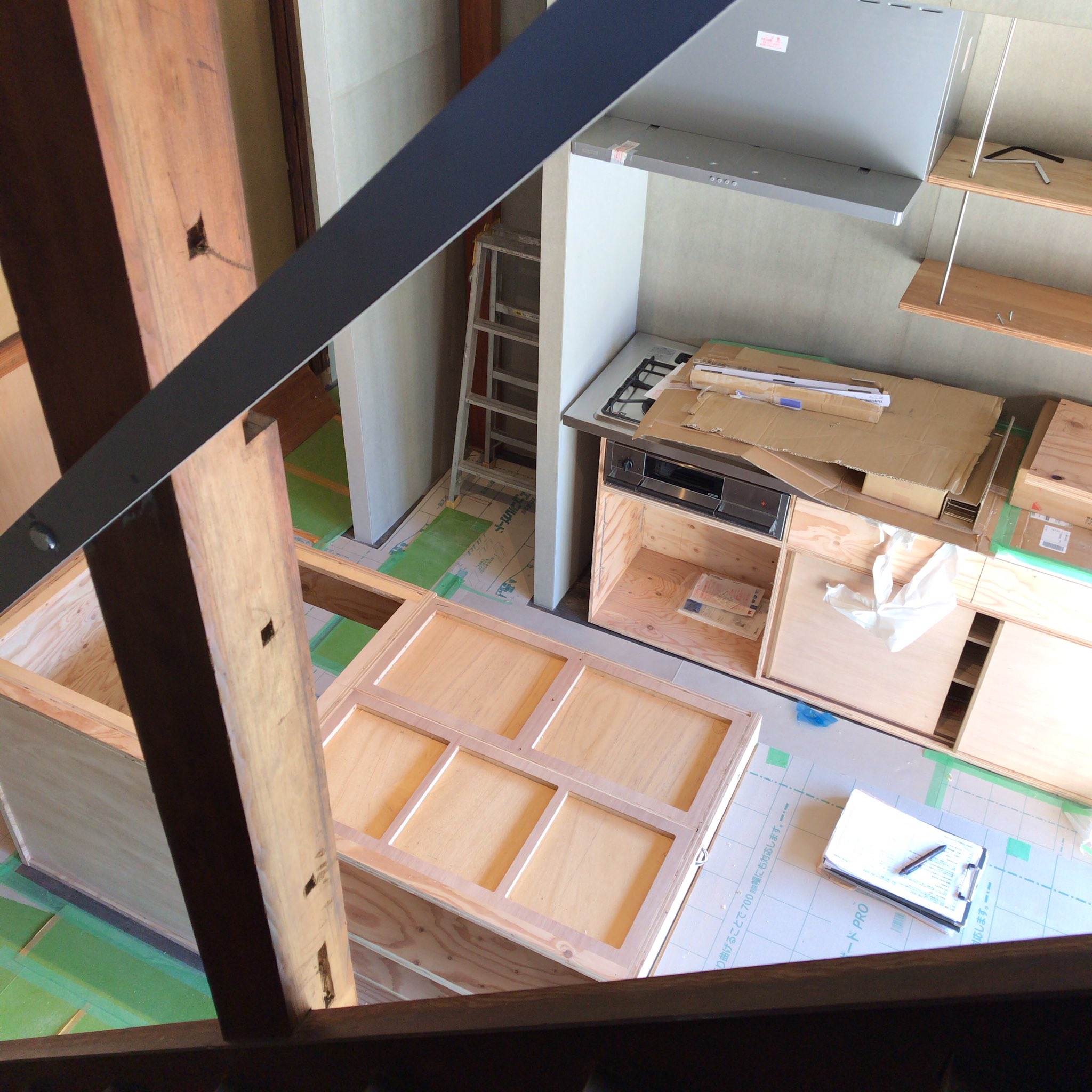 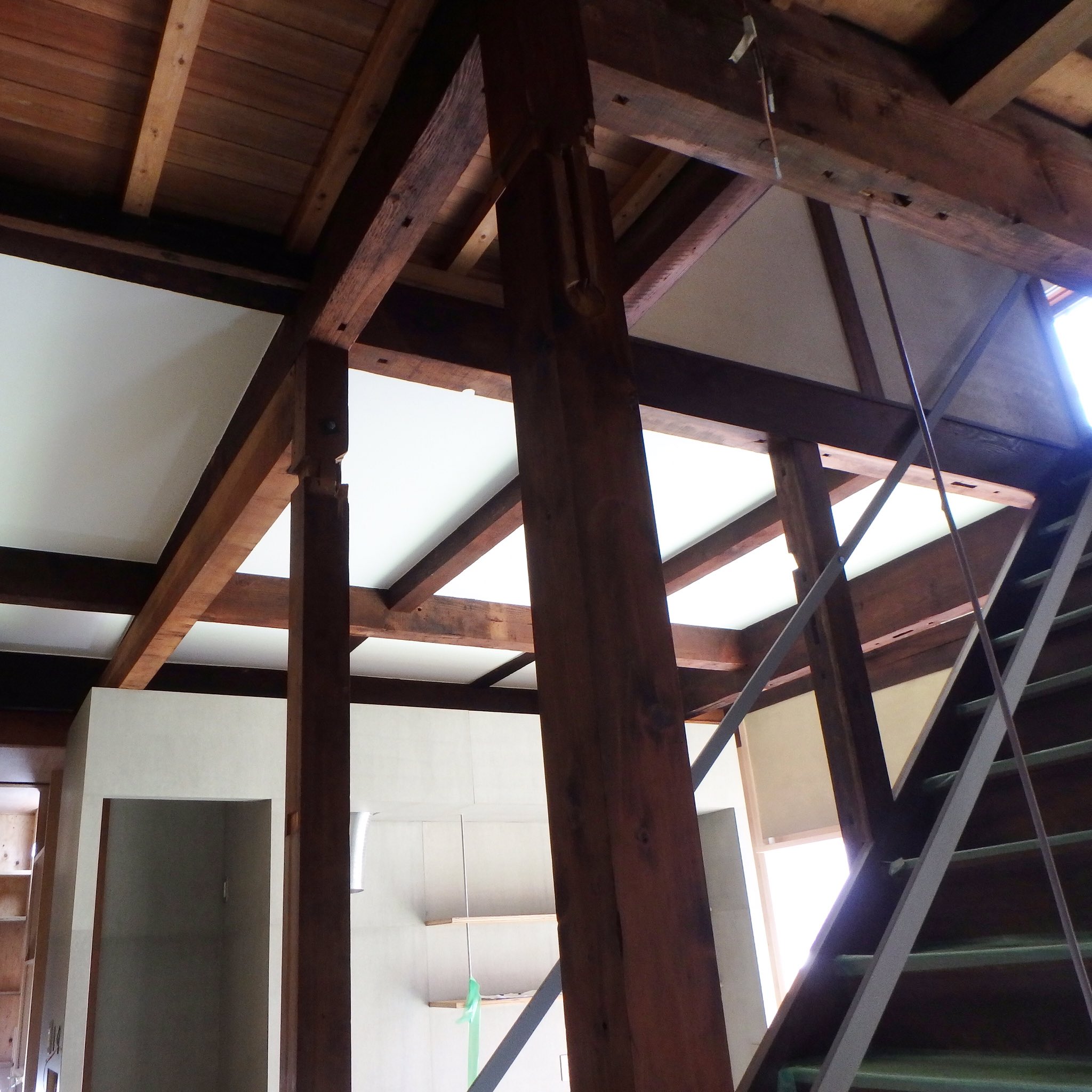 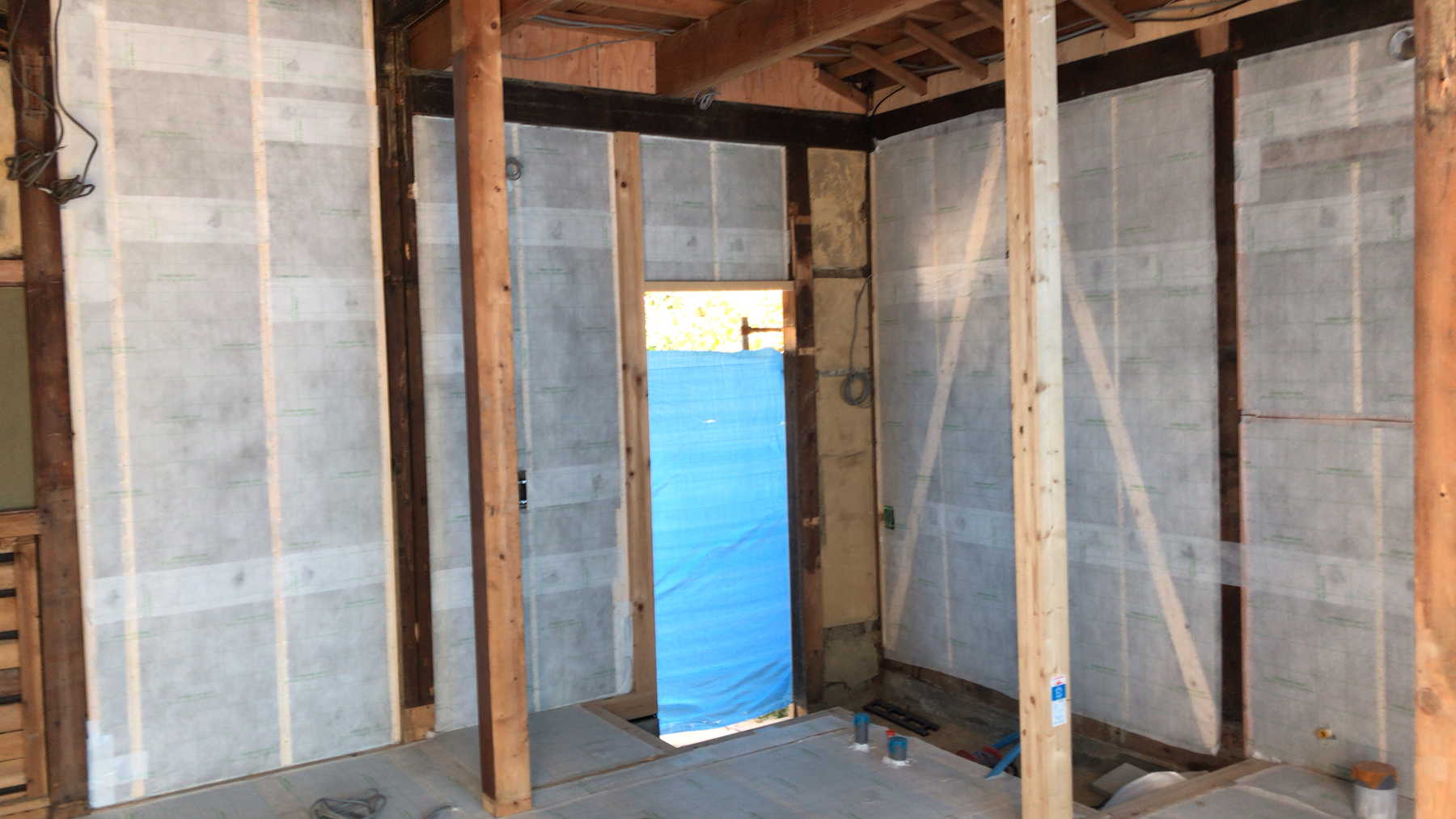 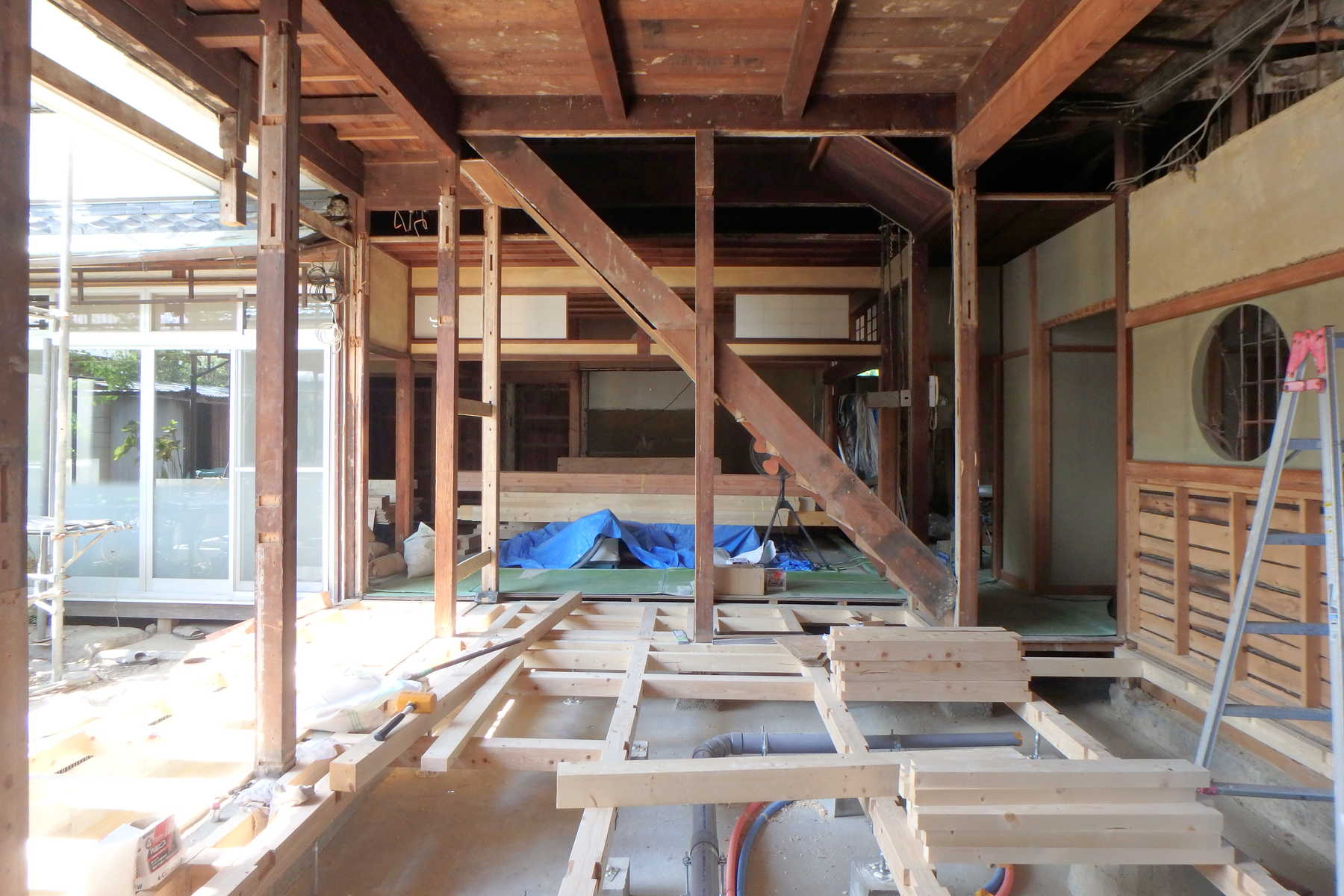 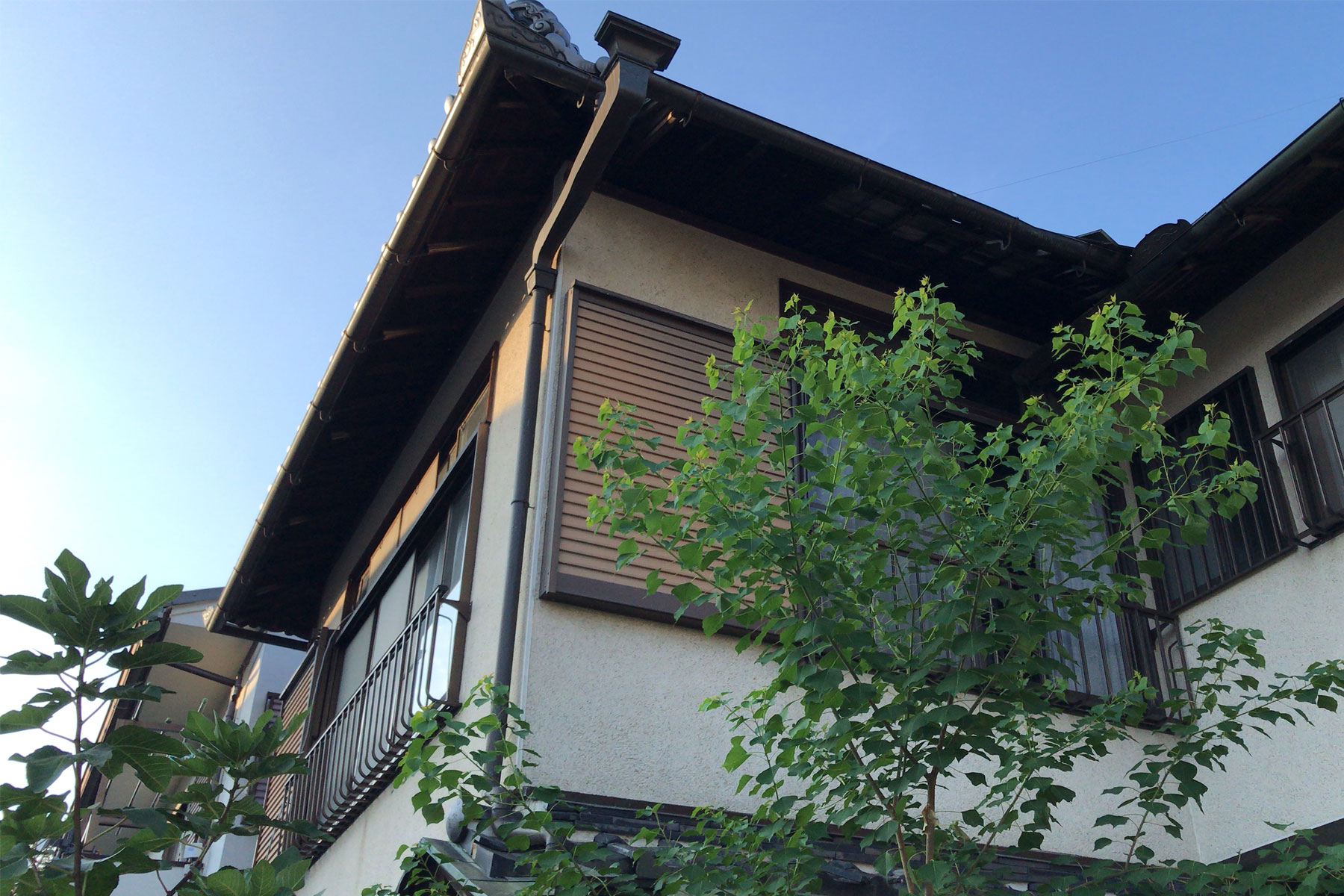 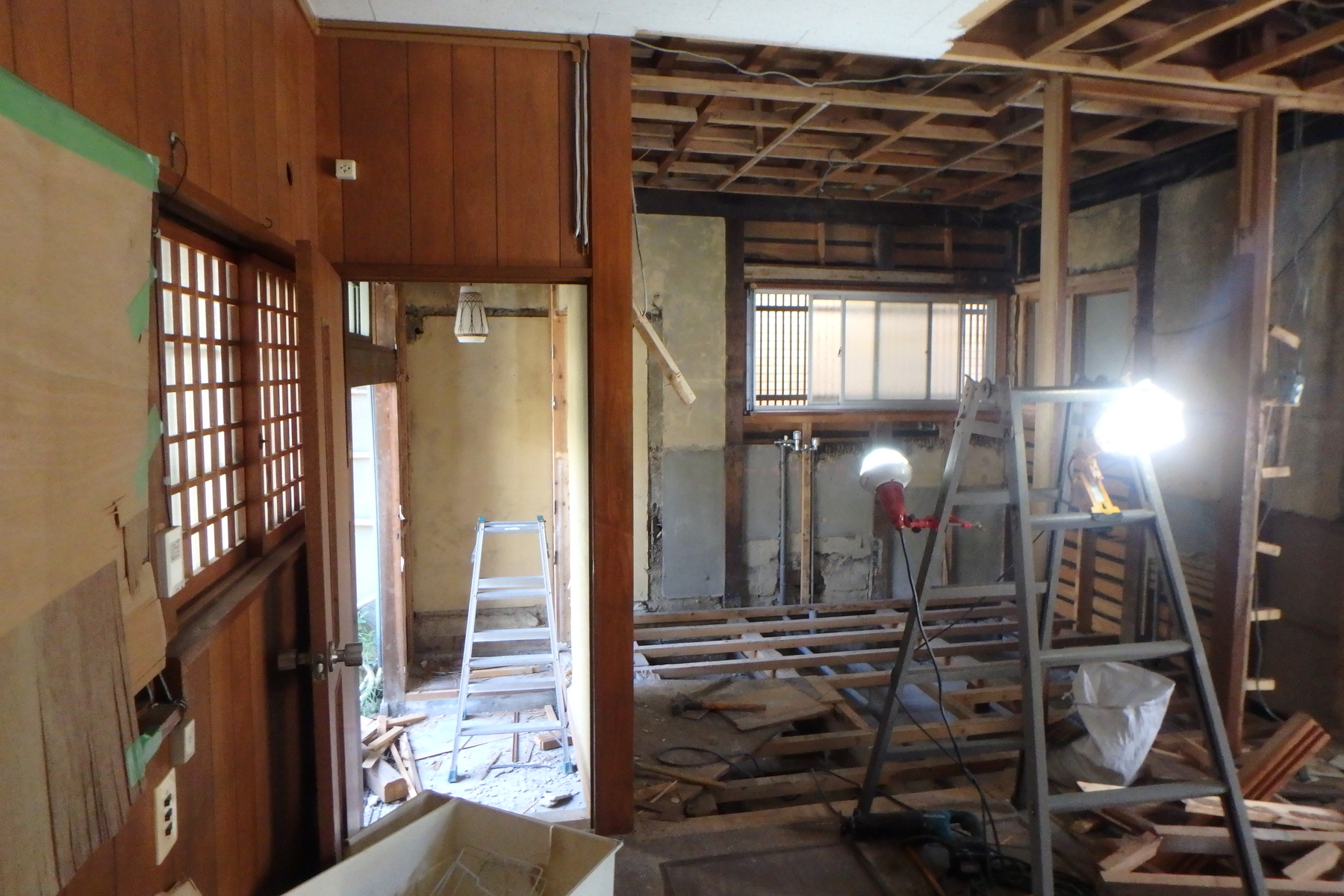 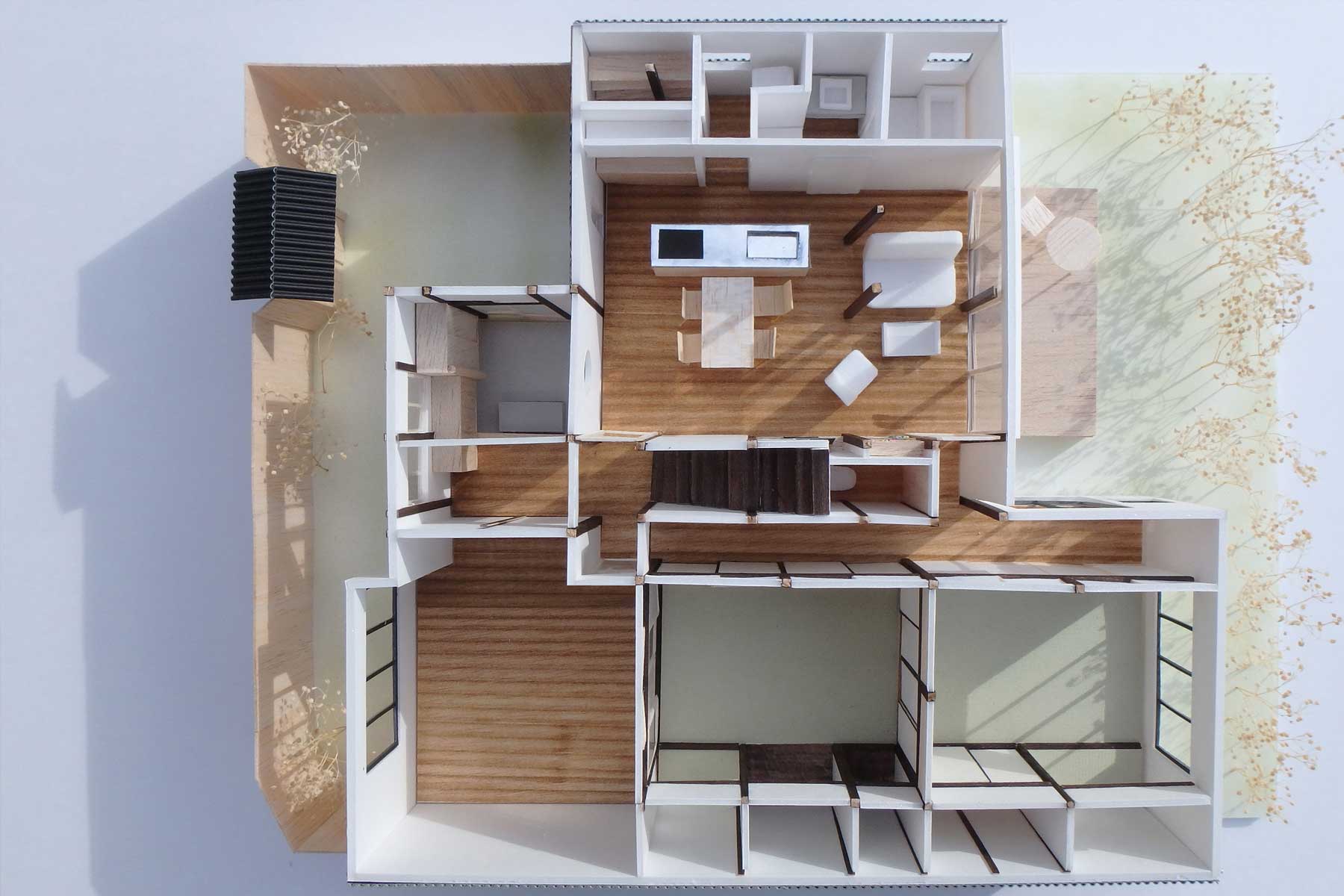 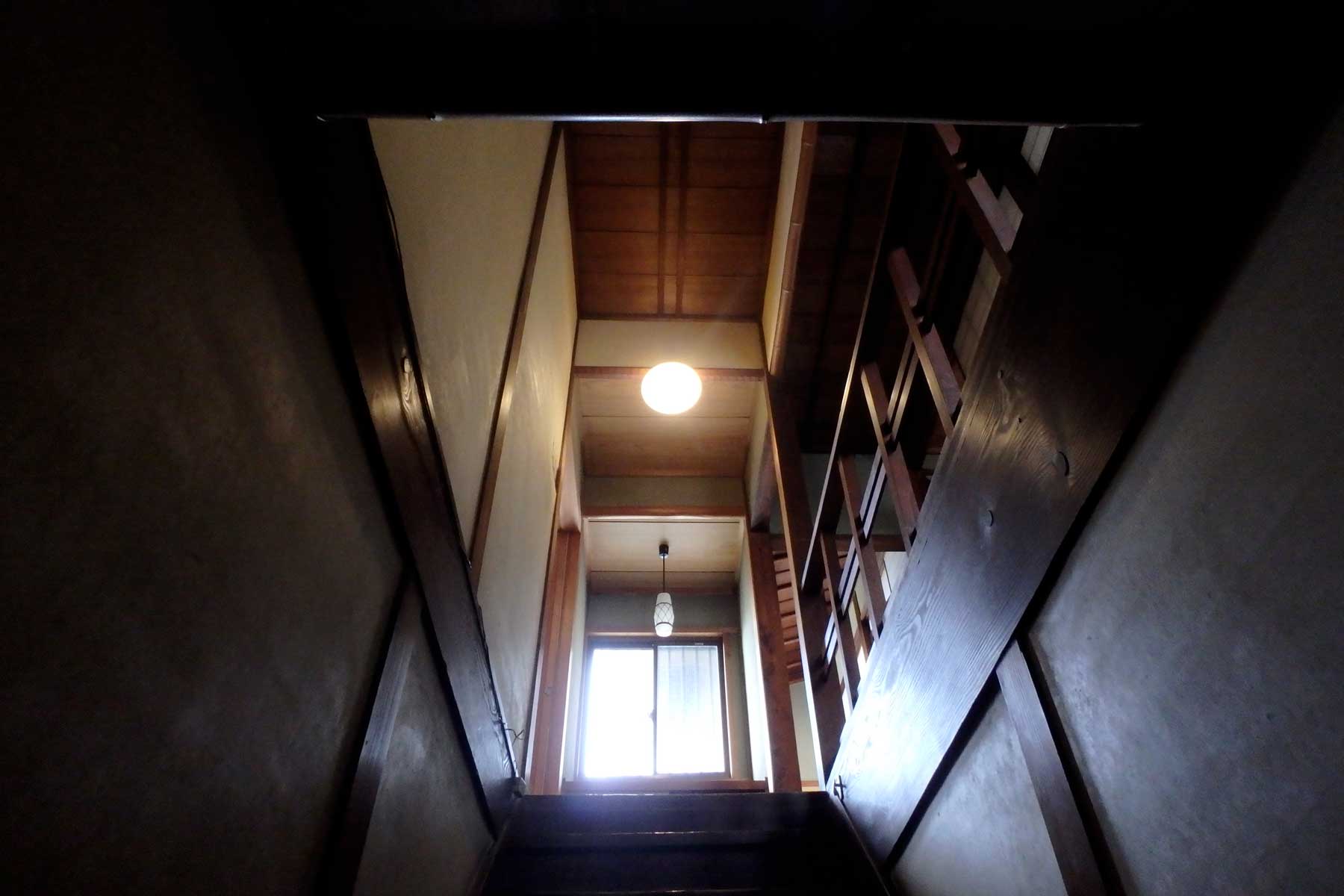